MG6 GT sports fastback was the first all-new MG in the UK for 16 years when introduced to the UK market in 2011.  MG6 was designed by the UK based design and engineering teams at SAIC’s design centre and the SMTC technical centre based at the MG Birmingham site (Longbridge) where final assembly of the MG6 GT was also located for the UK models. 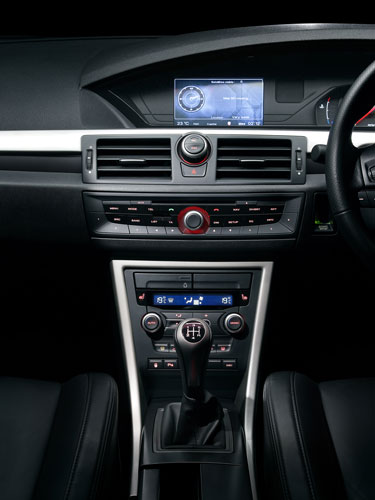 MG6 GT is a spacious five-seater with huge boot space and a high standard specification. While most cars neatly fit into specific sectors of the market, the MG6 straddles the C and D sectors so it has an even broader customer appeal. There are three trim levels: S, SE and TSE.  The 5 door ‘fastback’ was the initial model launched but in 2012 a booted four door version was announced called ‘Magnette’, so taking an MG name that was last used in 1968.  The four door carried a price premium of around £400 over its fastback sister and was the same in terms of specification, trim and options

With front McPherson strut suspension and a multi-link rear set up, the MG6 handles very well for a car of its size and like a much smaller sporty car. Low insurance group ratings (13E for the S and 14E for the SE and TSE); mean that the MG6 GT is a practical five-seater family car as well as delivering a rewarding, involving drive. Seven external colours were offered: Burnt Orange, Pitch Black, Regal Red, Union Blue, Granite Grey, Platinum Silver and Arctic White. There are two internal trims: Charcoal Cloth and Graphite Leather. All MG6 models have a Euro-NCAP 4-Star rating.

The initial models were only available with an updated version of the previous MG ZT 1.8 Turbo 1.8 litre petrol engine with the same 160PS (158 bhp) that gives the car adequate performance amongst the plethora of sharp performing turbocharged diesel engined cars of today.  What this engine can’t do is match these diesel cars on fuel economy and CO2 emissions, with the last version still a creditable improvement on the last ZT 1.8T and now down to 174 g/km, (note it initially arrived with 184 g/km) but not competitive with other like sized competitors.  This translates into an overall average of 37.7mpg.

To address the then strong desired for a diesel engined version MG Motor developed a new 1849cc twin cam 16 valve turbocharged diesel with common rail injection driving through a 6 speed manual gearbox that developed a very competitive 150 bhp with a very strong 350 Nm of torque arrived in late 2012.  Initially even with stop start this engine was measured giving 139 g/km and 53.5mpg, which was better but far from competitive with the competition, so not long after these figures were improved to 129 g/km and 57.6mpg, with no reduction of performance that stood at a creditable 8.9 seconds to reach 60mph from standstill and an electronically limited 120mph maximum.  These figures narrowed the gap to competitors but the gap was still significant.

In 2015 the MG6 was given a comprehensive facelift with new front bumper incorporating ‘hockey stick’ shaped LED daylight running lamps, new cleaner style headlamps and rear lights incorporating LED elements.  Inside there were changes that improved the car too but the biggest change for the range was that the petrol engined versions were dropped and only the diesel engined version was offered.  Once again the engineers had been playing and managed to get the CO2 levels down to 119g/km and 61.4mpg and not only this but the car accelerated quicker and would reach 60mph in the same 8.4 seconds that the now discontinued petrol version did.   Interestingly the original MG6 standard alloy wheels were 17” with 215/50x17 tyres or optional 18” with 225/45x18 tyres, but this facelifted model was only available with 16” wheels with 205/50x16 tyres and not doubt these and a useful reduction in weight assisted in the CO2 and performance improvements.

All this was before the VW emissions scandal broke and the anti-diesel fallout that has followed.  Additionally with this engine only being certified to Euro 5 levels and Euro 6 becoming mandatory by September 2016 this meant that a decision to terminate production was made and announced in June 2016 and with it the limited assembly still being completed at Longbridge also came to an end. 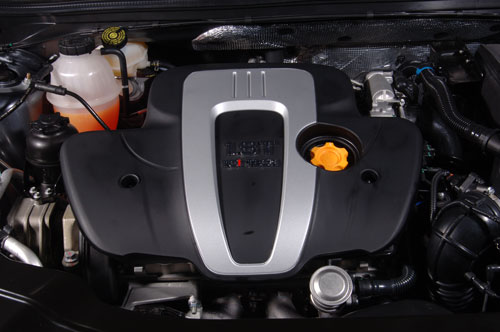 While the S and SE models run on 17-inch alloys, the top-of-the range TSE has
18-inch alloys.

We can help you with everything you need to enjoy, maintain and run your MG at reasonable cost: Spares, Insurance, Technical Assistance, Servicing, Restoration, Club runs, Travel opportunities, Local Club activities, Magazine and other quality informative publications, Recommended suppliers, Racing Championship and much more.